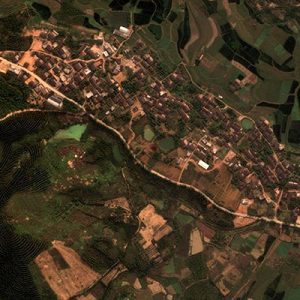 At first glance the rural village seems unchanged by the events of the last thirty years. What becomes apparent is the contradiction between the construction of new family houses versus a seemingly dwindling population. The village contains predominantly the old and the young with anyone of working age having left to earn money in the cities. As they work they send a large proportion of their income back to their remaining relatives in the village. The money is typically used to construct new, modern homes enabling the villagers to vacate their old, traditional houses. Partly serving as status symbols within the village; the size, number of floors, and materials used, denotes the economic success of the family. The poorest are the ones with no families who maintain their livelihood in the same manner as they did prior to the economic reforms. Meanwhile the farmland is used without any urge for efficiency of production, and crops are predominantly used for subsistence. The result is that the village has become economically dependent on the city yet it still holds a symbolic and meaningful resonance as home.