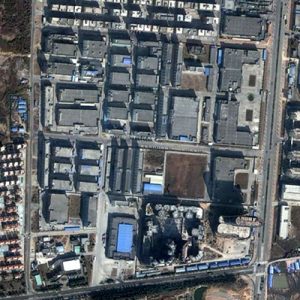 Industrial production took hold after 1978 as global industries relocated to the attractive conditions offered by the special economic zones such as financial incentives, abundant resources of land and cheap labor. As a result many villages swapped fields for factories. In addition, a relaxation in regulations governing agricultural production allowed villagers to start up their own enterprises or build factories for lease. The scope and diversity of industries that these initiatives catalyzed is vast ranging: from small scale village entities, to inter-village networks producing singular products, to city-scale gated compounds containing 300,000 plus workers. For rapidly urbanizing cities such as Dongguan the city fabric is interspersed with numerous typologies of factory developments and workers’ dormitories. Synergies exist between these factory compounds and the natural villages that surround them. Often workers go there in their free time or for better food; in many cases they choose to live in the village as a familiar setting compared to the designated dormitory blocks. The vast migration of rural migrants into these factory agglomerations has been facilitated by social and kinship networks that link back to their home villages. In turn, as factories generate wealth, the higher level managers and factory become part of a middle-class seeking residential upgrades. The intermixing of factory compounds, village conditions and housing developments creates a distinctive urban patchwork with each individual programmatic patch undergoing different stages in the industrial urbanization process.