At the Venice Biennale, we propose a 1 to 1 construction which recycles the material from an abandoned wooden house in rural Yunnan province into a viewing tower over the Chinese New Year. After hosting the New Year celebration, the structure will be shipped to Venice and installed to be used as a symposium venue. The reconstruction of a private house into a public venue, a traditional structure into a modern context, will echo our belief in the vitality of the current rural situation and the necessity of the architect’s participation in the rural to urban transformation of China. 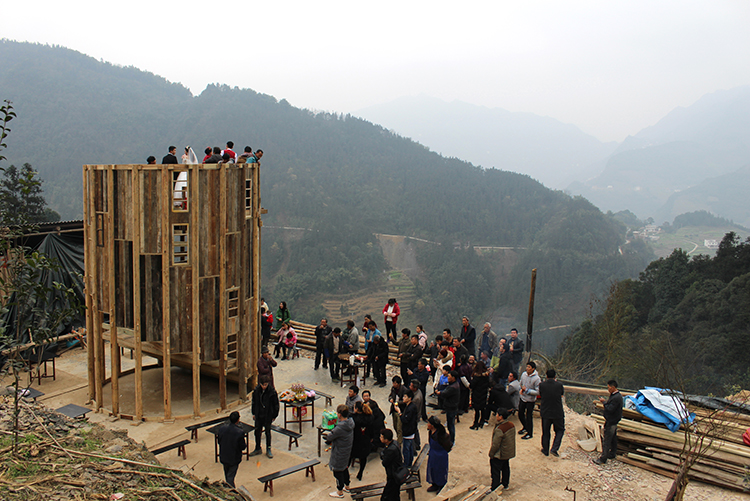 The exhibition Material Contexts presents an in-progress perspective on Rural Urban Framework’s Baojing Cultural District project in Hunan Province, China. Materials have shaped architectural ideas throughout history and cultures, they are practical as well as intellectual tools which communicate powerful messages. The exchange of knowledge and community engagement is integral to the development of the project in Baojing, transforming a way of thinking about material fabrication and stimulate the local economy through new making processes. Input from local villagers and low-skilled workers helps to install a sense of cultural identity in the new district for the community. As an alternative to the common top-down systems of planning, design and methods of construction, the project serves to unite existing cultural assets, but also to engage local production and rural inhabitants.

The design and making process rethinks how methods of low budget fabrication, along with creative reinterpretations of locally sourced materials, can make up an innovative palette for the project. These new building methods enable the learning of new skills, better-quality construction of local labourers and the freedom to make decisions in the field allowing for the realisation of new forms of material expression. 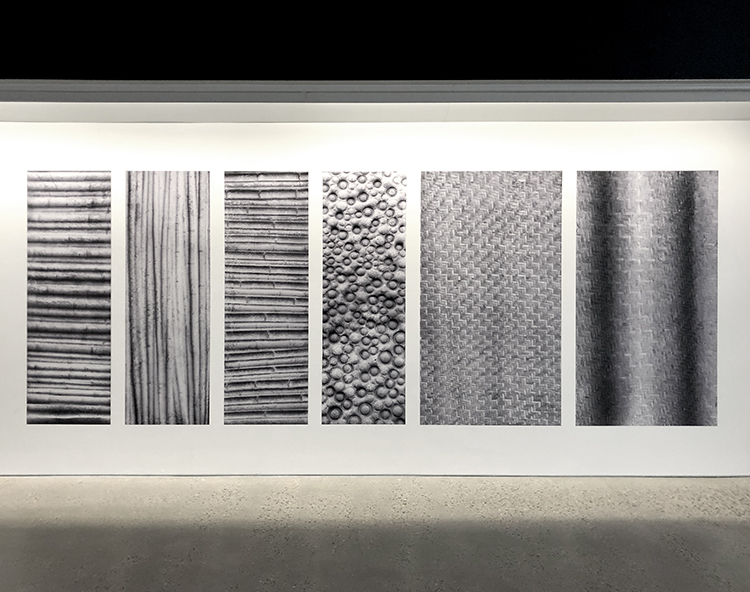 In a culture where formal spaces of community are absent, the project will investigate how architecture can enable different activities and events to take place that responds to the desires of the inhabitants. What constitutes the “common good” in this context? In Mongolia’s nomadic culture, notions of public and private are not clearly delineated. In the countryside, the ger is both the private dwelling of the family and a space for socialising and welcoming guests. The steppe is a common territory, shared by all. In the city, the territory becomes divided and owned and the land as a collective shared space becomes lost.

Rather than construct a formal community centre the intent is to grow a community infrastructure from the ger itself. How could the ger initiate forms of sharing and cooperation that could create new spaces for community interaction? The uniqueness of the ger as a structural and material system of wood, felt and canvas will be our starting point. 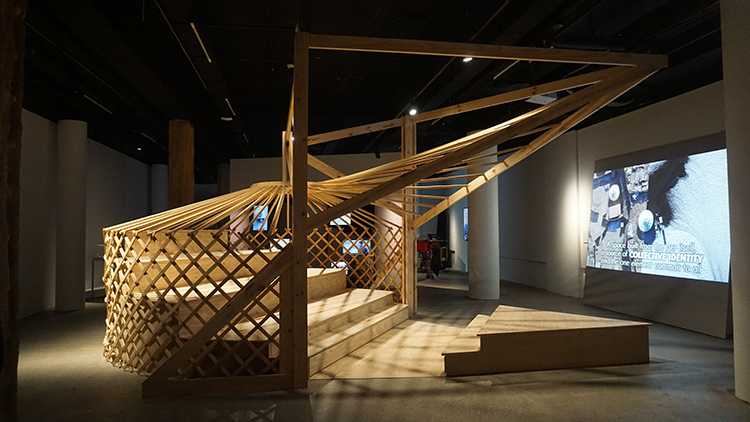 Our proposal for Fear and Love, considers the process of transition from the rural to the urban, or a traditional to a contemporary way of life. We identify what is positive and negative about rural versus urban living. It considers the fear of losing the nomadic tradition and its freedoms versus the new challenges of fenced-in living. Both involve the need to survive in a harsh climate, but urban life brings new anxieties, new forms of insecurity and unfamiliar social behaviours. On the other hand, the nomads have traded freedom of movement for the opportunities of the city.

Our strategy in Mongolia is to transform dividing walls into a device for providing infrastructure and community programs. In the exhibition, we explore how the ger, designed for an open landscape might intersect with the necessities of urban life. How does a ger, for instance, relate to walls and infrastructure? Similarly, how can gers develop a more communal, public dimension? We are testing the idea of modifying this archetypal structure by conjoining multiple gers to create a social hub. By tackling the concept of the wall, we explore how an element that divides and contains can enable spaces of connection and community.

The battle for Mongolia’s urban future highlights the intertwined instincts of Fear and Love, which are present in every urbanization process. Fear over the loss of tradition is countered by the hope of a better life. This is a potential conflict we all face. The question is not only how best to urbanize, but should we? 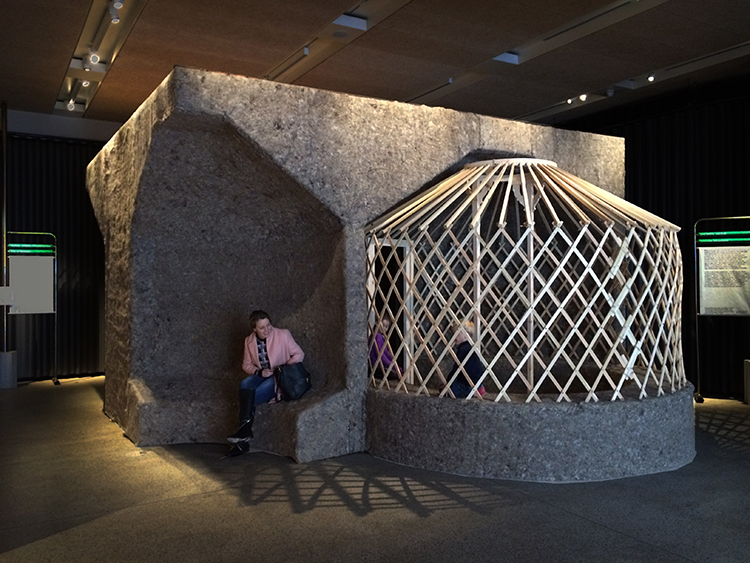 Mongolia is facing a critical moment in its urban evolution. The economic reforms following Soviet withdrawal in 1990 coupled with the discovery of vast reserves of coal, gold, and copper has led to massive rural migration to the capital city of Ulaanbataar. This has resulted in the doubling of the population over the past 25 years and the expansion of the city’s territory to over 30 times its original size from 130km2 to 4700 km2.

Predicted high GDP growth rates and the promise of development projects lead nomadic herdsman to sell their livestock and move to the city in search of a better life. The nomads settle on any available land, occupying residual inner areas, slopes and the periphery of the city. When migrants arrive they simply erect a traditional felt tent – a ger – and surround the plot with a wooden fence.

Our intention to is to highlight that the design is a strategy for the evolution of the ger, to give it validity and relevance in the process of urbanisation. This provides Ulaanbaatar with a specific mechanism for urbanisation that resides in its nomadic culture, rather than a generic and imported form. 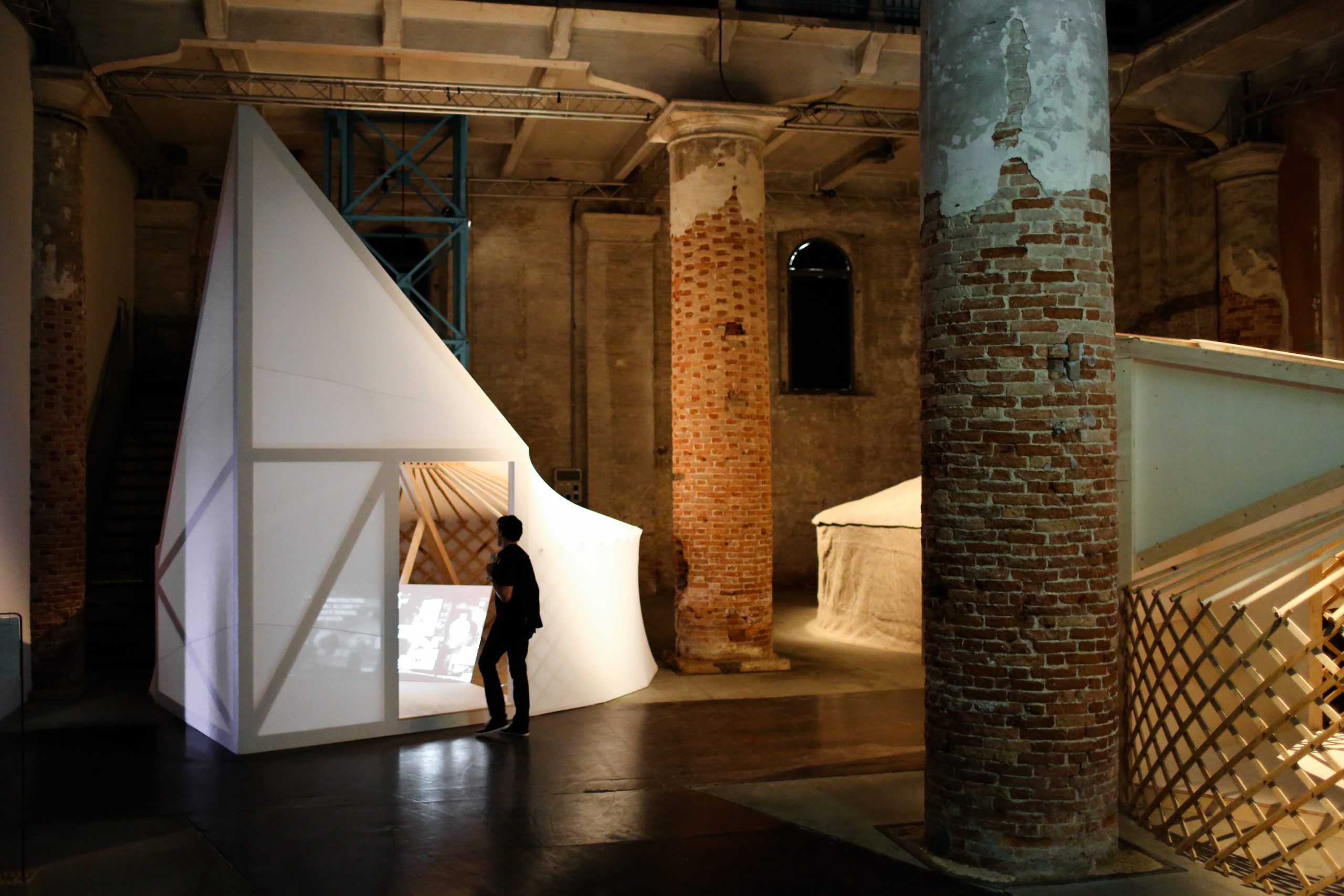 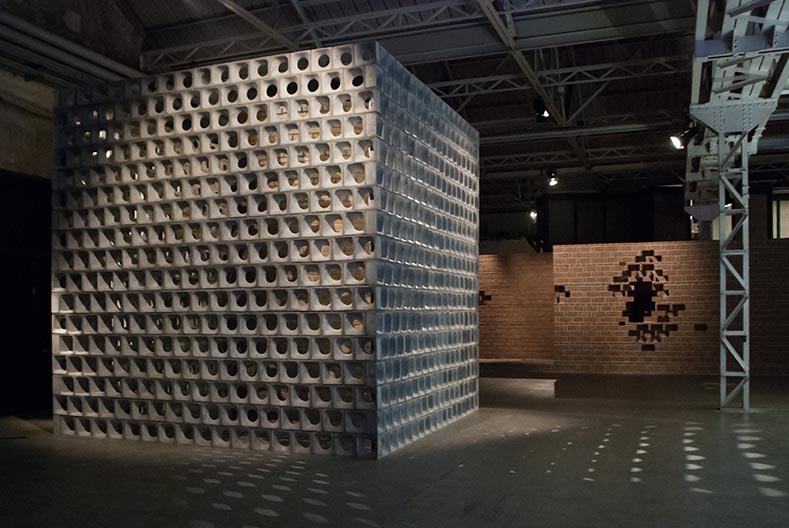 The phenomenal growth and development in the PRD over the past 40 years cannot be considered without the village. From pioneering villages that restructured their economies from agriculture to industry, to urban villages that facilitated migration through dense housing blocks, the village has been the basic building block of the urbanization process.

After this first wave of industrialized urbanization, what role will the village play in the future of the PRD? As Shenzhen continues to modernize, urban villages are replaced, and factories are being succeeded by third sector service economies. So, what about the villages far from the city, the ones where the flood of migrants once came from? 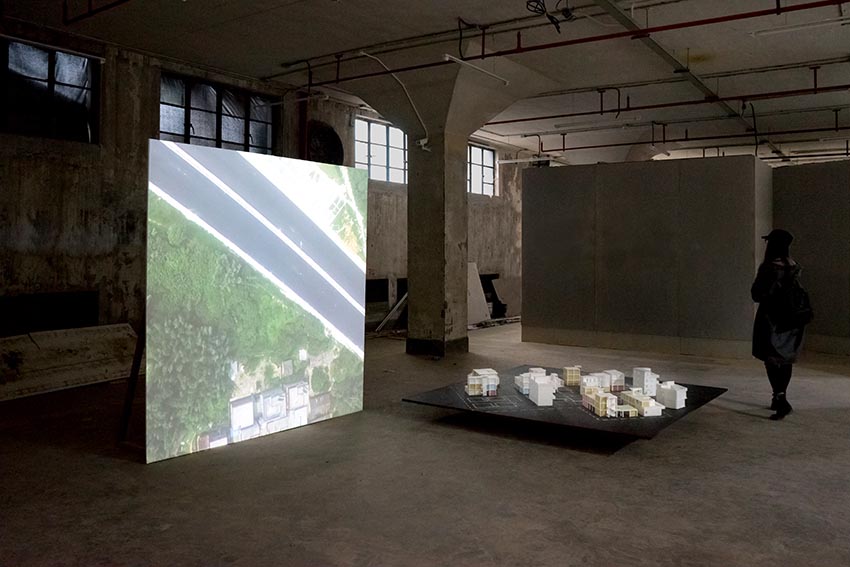 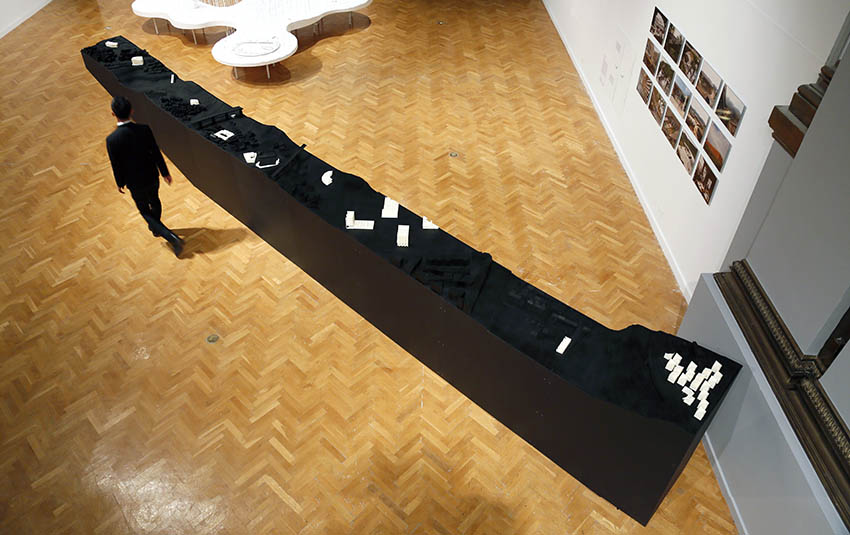 “Rural Migration” refers to rural villagers who move to urban areas in search of work. In cities in China, these migrants often live in dense urban villages that have emerged as a direct result of the difference in policy over land-use rights between urban land and rural land. As migrants send their earned money home, urban villages and rural villages become more interconnected. The influx of economy is deposited into a process of house construction whereby the rural village begins to resemble the urban village. Bigger houses are status symbols, displaying the new wealth earned from employment in the cities. The rural village gradually becomes denser, even though the population steadily declines as rural migrants are drawn to the city.

Rural Migration (2013) presents the co-evolution of the urban and rural village and their condition of interdependency, showcasing a series of built and hypothetical design projects that engage with public space and public programs that acknowledge the increasing synergy between the rural and urban, while working toward authentic contemporary identities for each.

THE FUTURE OF PEOPLE’S HISTORY
GET IT LOUDER 2012

In 1950 the Argentinian writer Jorge Luis Borges wrote a short article entitled “The Wall and the Books” about the first emperor of China, Shih Huang Ti. In his article he attempts to reconcile two actions of immense proportion which defined this emperor, the burning of all the books prior to himself and the construction of the great wall of China. Borges examines the dilemma of two actions that seem impossible to achieve and at the same time opposite in their character. He asks whether virtue lies in the “opposition of constructing and destroying on an enormous scale”. In a very realistic sense, this is the dilemma that faces China today.

If we are to talk about ‘The People’s Future’, rather than focusing on who and where the people are, we are interested in the problem of how to reconcile the future with the past and the present. In designing for the future the past must not only be acknowledged, but rewritten as a way to make room for the future. In four distinct projects located in villages throughout China, we will present our work as architects: a bridge, a school, a house and a village. Each project deals with our dilemma in dealing with the past and our attempts to reconnect between the past and the future. 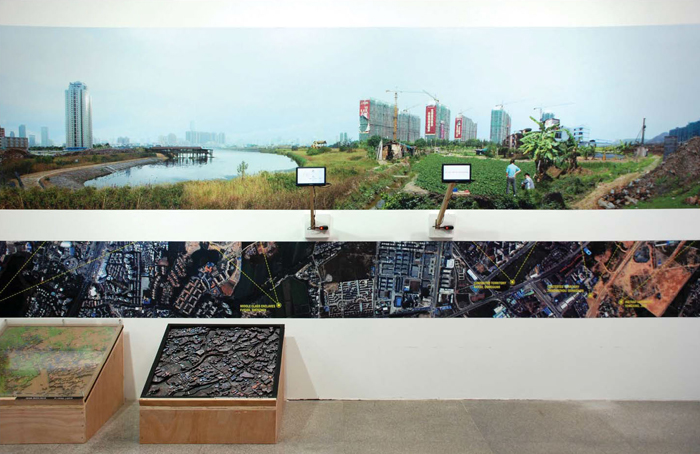 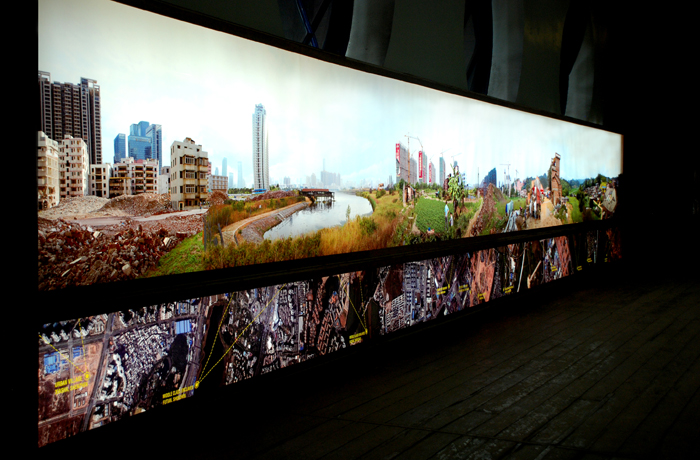 In China’s recent drive to urbanize to provide new areas for economic growth, the tension between agricultural land and urban land is reaching a critical impasse. The dwindling supply of fertile arable land due to urbanization is exacerbated by a growing population that is wealthier and consuming more meat per capita than ever before. The reduction of available agricultural land pressurizes the supply of food, water and energy demanded by China’s urban population, intensifying the consumption of fertilizers and chemicals. A recently released government report revealed that agriculture is “a bigger source of water contamination in China than factory effluent”. This context can be described as an urban-rural ecology undergoing constant transformation precipitated by China’s ongoing economic reformation. The exhibition is composed of large panorama displaying the dynamic context of this rural transformation as a backdrop to a series of models describing architectural propositions for these sites. 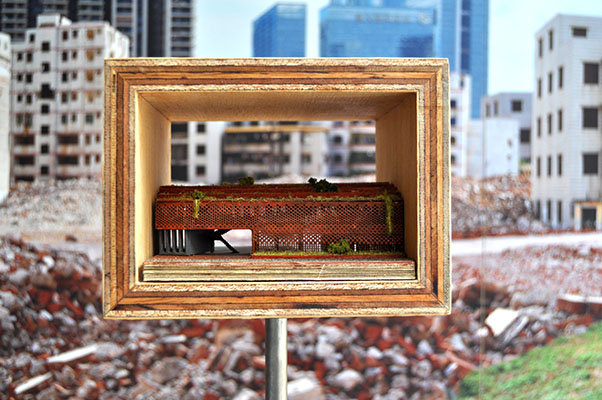